As the late, great Bob Marley once said, “One good thing about music, when it hits you, you feel no pain”. How true is that statement? Whether you’re feeling down, you want to spark some romance, you’re in an upbeat and lively mood – whatever kind of mood you’re in, there’s a song to match it. Music really does set your soul free.

Given how powerful music is, it comes as no surprise that people are always looking for captivating new songs to add to their playlists. If you’re looking to capitalize off of the music industry by pitching a song to artists or publishers, you’d like to record your very own album, or you want to share a melodic tune with catchy lyrics with your congregation, but you don’t know how to get started, here’s a look at some handy songwriting tips and techniques that you can use to help you grab the ears of listeners and communicate the message that you want to impart.

How to Write a Catchy, Hit Song in 10 Steps
1. Pick a Theme
2. Choose a Catchy Song Title
3. Describe the Song Theme
4. Select the Perfect Song Structure
5. Pick a Question to Answer
6. Start Working on the Melody and Chords
7. Start Adding Chords
8. Start Working on Song Sections
9. Connect the Verse and Chorus
10. Have Fun while Songwriting!

First and foremost, in order to write a great song, you need to decide what you want to write about. People like music that they can relate to and understand; lyrics that convey what they’re feeling and melodies that speak to their hearts. Examples of some topics that you might want to consider include:

These are just a handful of topics that would make great themes for a song, as they’re things that every single person faces at one point or another in their life. Don’t just pick a theme because you think that it’s something that will sell; make sure that you choose something that you actually want to write about.

If you aren’t feeling the topic, so to speak, it’s going to be heard in the song. By choosing a theme that you are actually interested in and that really speaks to you, you will be able to convey your message more clearly and will connect with listeners on an emotional level.

Once you know what type of theme you want to base your song on, start working on a title. Choosing a title will help you remain focused on the basic idea of the song. A song title can be a single word or a phrase; ideally, it shouldn’t be longer than a few words. Either way, you want to make sure that it’s attention-grabbing and that it gives listeners a hint about the topic/theme of the song.

When you’ve decided on a topic for your song, grab a piece of paper and a pencil, and write down a few lines that explain the following:

Really immerse yourself into the theme. Try to feel what the characters are feeling. Envision being in the setting and the situation. Picture the finer details, too, like what the setting looks like, the weather, the time of year and day, etc. Keep in mind that regardless of the genre and the theme, most songs are written in the first- or third-person point of view.

Now it’s time to choose a structure or form for your song. Examples of some commonly used song structure forms include:

5. Pick a Question to Answer

While it may not always be written in question format, a great song does always answer a specific question; for example, how someone is feeling or thinking, or something that they’re wondering. A question should be answered in the chorus, as well as in each verse. Start by focusing on the chorus, as this is the most important part of the song.

Pick a question that you’d like to answer in the chorus and then jot down a catchy phrase that answers that question. Bring your answers to life by focusing on images and adjectives. What is it that the singer is trying to say, what are they feeling, or what is on their mind? What kinds of emotions is the singer feeling and how would you describe those feelings?

6. Start Working on the Melody and Chords

Set out to find the melody in your lyrics. Pick a phrase or two that you came up with previously. State those phrases verbally. State them again, but put a lot of emotion into it. Focus on exaggerating the emotion that you want those phrases to convey. Pay attention to the natural rhythm and melody in your voice as you speak. Use this to inspire the melody of your chorus. Play around until you fine-tune the melody and you’re satisfied with the way it sounds. This is when we recommend using a portable audio recorder to jot your songwriting ideas down so you can play them back and get a good feeling for how your song might sound.

Next, work on adding chords to the melody of your chorus. The relation of the melody to the chords is what will keep the progression of the song interesting. A basic, repeated chord pattern is a great place to start. Examples of popular songwriting chords include:

Next up, start working on the sections of your song. Begin by working on the lyric in your first verse. Concentrate on the question that you decided to answer and make the first line of the song something that will really grab the attention of your listeners; something intriguing or a description of a setting or situation.

In the second line, you might want to think about restating the first line, but in a different way or by including more details. Avoid the temptation to move on too fast, otherwise, your listeners won’t be able to gain an understanding of what is going on in the song. In the first verse, offer enough details so that when you get to the chorus, listeners will understand what it means.

9. Connect the Verse and Chorus

Once you’ve developed a verse and chorus, create a transition between them, ensuring that they have a natural flow. You might want to raise or lower the verse melody or switch up the final line so that you can smoothly reach the chorus. Remember that chorus melodies are often in a higher note range than verses, as they tend to be more emotional and when emotions rise, voices rise.

10. Have Fun while Songwriting!

And there you go! By using the above-mentioned songwriting tips, you will be on your way to writing a song. Most important of all, don’t forget to have fun; after all, music is supposed to inspire and make you feel good. 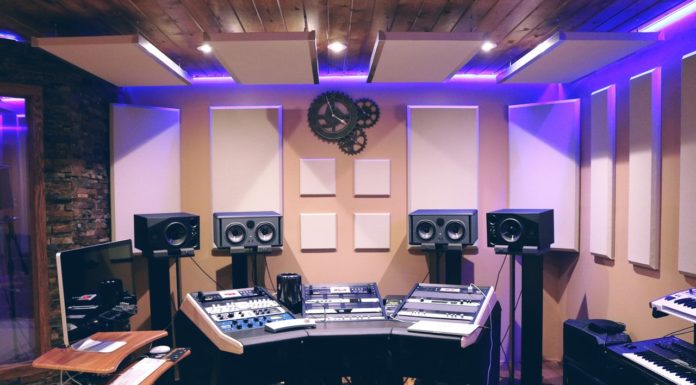 How To Mic Drums: Kicks, Snares, Hi-Hats and Toms

Intro to Synthesizers: How to Choose Which Synth to Buy